Yousuf Karsh is my favourite portrait photographer. If you are not au fait with older photographers that is fine. I can however, guarantee that you will have seen at least one of his pictures. One particular photo is one of the most famous photos ever taken.

Yousuf Karsh is one of the photographers I briefly covered in a previous blog People Person (Part 2), along with others.

Why do I like him? He was a master of lighting. The lighting gave almost a 3d quality to his portraits. It shaped, brought dimension and created a unique atmosphere to that frame. Most of his famous pictures did not have the same lighting setups. Each portrait is unique to that person. The lighting was slightly harder than what might be used these days but he always balanced the light in just the right way so it didn't look so hard. There were never hard shadows in any unwanted places, they were filled with more contrasting light, as if painted in. Like any great portrait photographer shadows did not exist unless he told them to.

The young Karsh developed his skills in Canada. He arrived there to stay with his uncle after fleeing from his native Armenia, where genocide was inflicting the country. Learning from his uncle, a portrait photographer and an apprenticeship with John H. Garo, who was already a well respected photographer taking portrait of famous names. Here he learnt the technicalities of photography and developing photos. He even created his own mix of developing chemicals, rather than relying on the typical Kodak packs.

His big break was in 1941. Already a firm friend of Mackenzie King the Canadian Prime Minister from photographing him numerous times, a photo session with Winston Churchill had been arranged by him while Churchill was a visiting dignitary in Ottawa. It would last all of two minutes. Churchill was known to be a difficult to work with and was impatient. Karsh had all his lighting set up ready. Churchill walked into the room with his iconic cigar in his mouth. Karsh did not want the cigar in picture. The story goes that he stepped towards Churchill, plucked the cigar from his mouth, declared "forgive me sir", stepped back and took the photo. This is the photo that you will know.

"If it's a likeness, alone, it's not a success. If, through my portraits, you can come to know the subjects more meaningfully, if it synthesizes your feelings toward someone whose work has imprinted itself on your mind--if you see a photograph and say, 'Yes, this is the person,' with a little new insight--that is a beautiful experience." ~ Yousuf Karsh

This is the photo that was shown during wartime. It is a photo that will live in history. It captures the persona of Churchill, or at least the persona that was portrayed to the public, perfectly. People say the look was because he was initially annoyed at the cheek and arrogance of Karsh. Karsh says his favorite one is the frame he captured directly after this one which is of Churchill breaking into a slight smile, so he can't have been that annoyed with him.

"My personal interest in ordinary people is unlimited, but I am fascinated by the challenge of portraying true greatness adequately with my camera." ~ Yousuf Karsh

Karsh photographed Her Royal Majesty Queen Elizabeth II on a number of occasions throughout the years. Some before she was queen and some after with the Duke of Edinburgh joining her. An early one from 1943.

The 1940's seems to be full of political leaders and creative intellectuals, such as poets, artists, writers. Einstein and Picasso are two of these name he worked with. More so, it seems that he was working with people that he admired. The two photos below are a fine example of the people that Karsh was working with at the time.

Left is George Bernard Shaw; right is H. G. Wells. With Shaw he requested only 5 minutes of his time just to photograph him. During the shoot the two got along so well that shoot was extended to continue shooting. 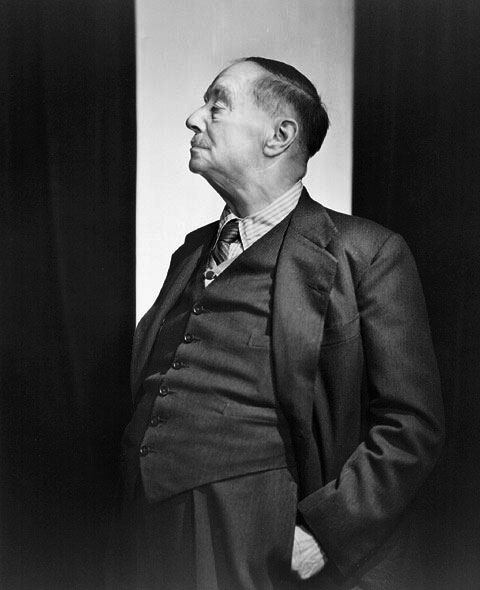 By the 1950's there seem to be a big swing towards photographing Hollywood stars. I guess with the rise and growing popularity of Hollywood there was more of an emphasis on looking at your best in photo. To send to publications and and as profile shots. Who better to go to than Yousuf Karsh. Where as the 40's was more about working and requesting time with figures he found notable and worthy to photograph, the 50's was a time that people and companies flocked to work with Karsh.

"Within every man and woman a secret is hidden, and as a photographer it is my task to reveal it if I can. The revelation, if it comes at all, will come in a small fraction of a second with an unconscious gesture, a gleam of the eye, a brief lifting of the mask that all humans wear to conceal their innermost selves from the world. In that fleeting interval of opportunity the photographer must act or lose his prize." ~ Yousuf Karsh

During these two decades of photographing the most famous and influential people, Karsh had become a master of conversing with any and all of his subjects. He was patient with the egos. Gave all a feeling of admiration and brought the best out of most unwilling. All these attributes are what a master photographer should have to work with all the diversities that any sitter can bring into a session.

"Character, like a photograph, develops in darkness." ~ Yousuf Karsh

His personal life was laced with massive amounts of dark moments and tragedy. Some of things that he witnessed as a child during the genocide in Armenia were unspeakable. A heart attack from over working. The loss of his first wife and his mother. All these contributed to who he was and his patience of life.

Near the end of his career people and critics were saying that his photography was style was outdated. But by the late 80's/early 90's he had been a successful photographer for nearly 60 years. He responded to these criticisms by saying, "The human face has not changed since the day I was born".

As he was wrapping up his career, one of the last few portraits he did was of Nelson Mandela. This to me holds as much gravitas as the Churchill portrait. It shows a beloved, powerful and influential person exactly the way he was. His persona jumps out of the frame. It really is a portrait which shows what he looked like and showed who he was as a person, simultaneously. It is one of the most famous picture of Mandela. Which shows that style may have moved on but know how remains forever.

"I try to photograph people's spirits and thoughts. As to the soul-taking by the photographer, I don't feel I take away, but rather that the sitter and I give to each other. It becomes an act of mutual participation." ~ Yousuf Karsh

If Yousuf Karsh has interested you then I can definitely suggest watching - Karsh is History. (2009) or reading - Karsh: Beyond The Camera (2012)

Thanks for reading. See you again soon.

My Camera Vs My Phone