Some people do photography to capture beautiful scenery or beautiful people. Some do it to show their creative flare. Some just do it as a job to make money. Edward S. Curtis did it because he knew that his camera was the perfect tool to capture history. To photograph a race that he knew probably didn't have a vast amount of time left to be as they have been for probably thousands of years.

That is why Edward S. Curtis is on my list of favourite photographers. Not because all of his pictures are wonderfully creative or because technically they are perfect. But because they deal with a much more important aspect of what makes a good photo or photographic series, which is a compelling story. Edward S. Curtis dedicated his life to telling that story as well. This photo series was a 30 year dedication from 1900-1930. It was a dedication that took from him his mental and physical health, his money, his wife and any dreams of recognition for his work.

"I want to make them [American Indians] live forever. It’s such a big dream I can’t see it all." ~ Edward S. Curtis

Curtis was already a very proficient and successful photographer when he started the documenting. He already had a number of years of portraiture and a studio. An invitation from a chance meeting with George Bird Grinnell to photograph the tribes around the Piegan reservation started the journey. He made use of all those portrait skills on all his travels and documentations to take many intimate headshots of notable people within those tribes. Whether they were important in terms of leadership roles or healers, sometimes a person or family that depicted everyday life within the tribes. There were dozens of tribes that lived with. Some familiar to most people like Apache, Navaho, Cheyenne; some not so familiar like the Hopi, Klickitat and Qahatika.

This first image of the three here is easily my favourite of his whole catalogue. The more I look at it the more it is likely of becoming my favourite ever portrait. It is just such an amazing side profile. The man has character in his face, the hair knot and braids show the cultural reference and importance. The lighting on it is amazing natural light that looks as if it could be studio lighting and the use of the smoke filled air behind the man gives wonderful separation and isolation of the subject. All three of these photos show exactly why his studio in Seattle was popular and why he was considered one of the best in Seattle.

He would just use natural light. Sometimes he would take advantage of having harsher sunlight to create nice contrast as in the first picture above, diffused cloudy light like the second, or manipulate the light into a more directional light source by shooting inside a dwelling and using the light coming through the doorway, or use his studio tent which had an adjustable skylight, which where i'm guessing the third picture is taken.

"While primarily a photographer, I do not see or think photographically; hence the story of Indian life will not be told in microscopic detail, but rather will be presented as a broad and luminous picture." ~ Edward S. Curtis

Curtis did not only do headshots while he was documenting all these tribes. Often he would take landscapes to show the landscape that these people had to inhabit, photograph their dwellings or possessions to show how they lived. Also he would take environmental portraits which showed the people living in their landscapes and interacting with these possessions and dwellings. This was a complete documentation of each individual tribes way of life. In different parts of the land their lifestyles and habits varied from tribe to tribe. Some relied on the rivers or sea with small fishing boats, some were warrior tribes in years gone by and relied on horses to get around the vast plains. 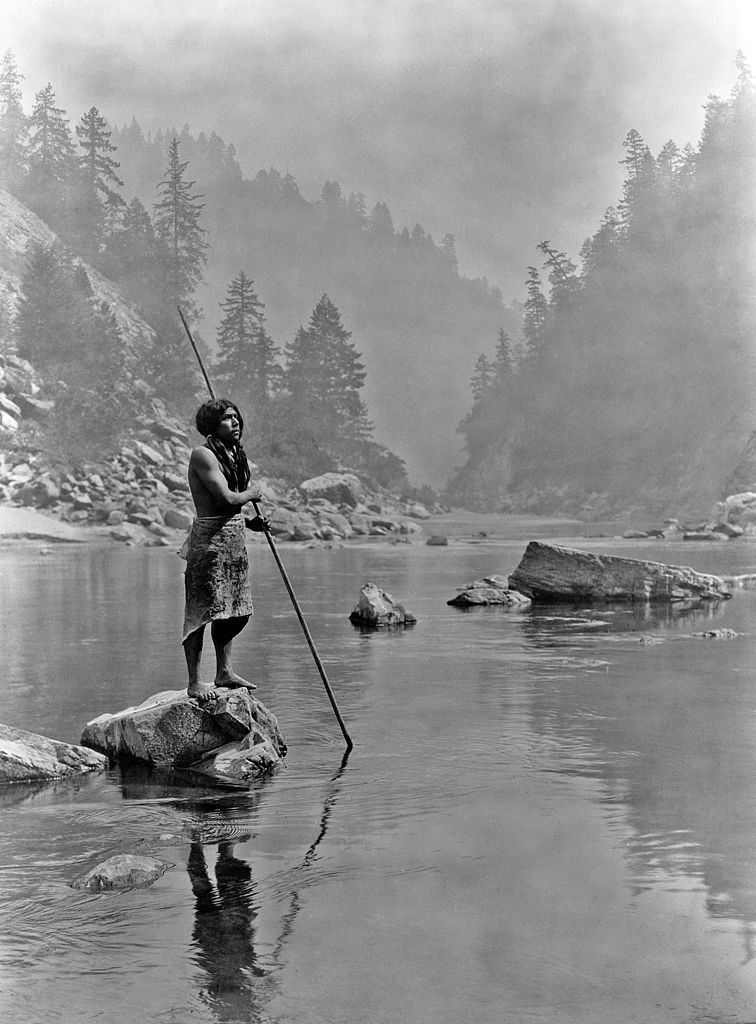 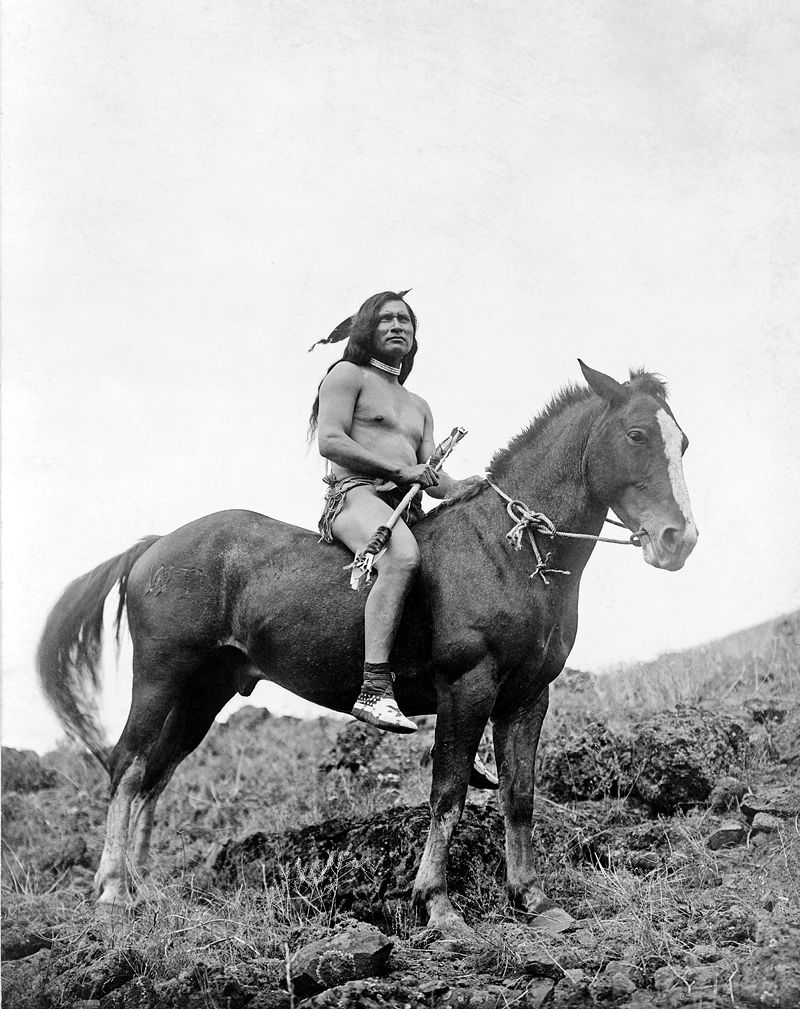 "To the oft-asked question, What camera or lens do you use? I can only reply I couldn't tell to save my soul - it is enough for me to know that I have something that will make pictures and that it is in working order." ~ Edward S. Curtis

The vast undertaking of this documentation would be difficult these days but starting it back in 1900 would have been virtually impossible. The amount of gear that Curtis had to take on various trips he estimated could have been tipping the scale at nearly a ton. He had camping gear, sound recording gear, photography gear - cameras, video cameras, lenses, tripods, including equipment to develop his plates, plus what was a roaming studio tent for some of the more artistic portraits. All of this on horse drawn wagons on a "road network" which were essentially just scruffy paths. The camera equipment alone was a huge and heavy piece of equipment, a large format view camera. This was at a time where photography was still a relatively new thing. He also had to carry a lot of a glass plates, which is what his exposures were captured on. He developed a lot of his glass plates while in the field in a tent. So he would have had to carry a lot of chemicals with him. By the time he had finished his project he had taken 44,000 images. Stack those 44,000 glass plate up and they would be higher than the Flatiron building in New York.

He is most known for his sepia or gold tone pictures. But there are grey scale and also more red tone pictures. I am guessing that he didn't always have exactly the same developing procedures. A far as i'm aware it is the combination of chemicals and paper that give the colouring of a picture (I could be wrong, i've not done it myself just read a few articles about it) . Here are a number of different coloured pictures of some of the portraits he produced. 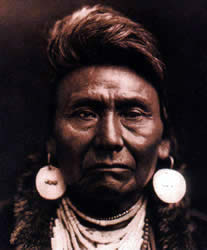 The first is the type of colouring that he is known for. It could almost be compared to Steve McCurrys famous picture of The Afghan Girl given that both pictures visually are similar. There may be probably 70 years between the pictures but they are comparable. As in both youngsters are part of an important story which you could argue they are both secondary to. Both are posed by the photographer in a certain way. But both show cultural references, which are similar to one another and both are great portraits in their own way. Obviously Steve McCurry got published front page in a massive magazine and seen world over and made his career, whereas Curtis' photo was part of his 20 volume series that unfortunately got viewed by barely anyone while he was alive.

I devoted thirty-three years to gathering text material and pictures for [The North American Indian]. I did this as a contribution; without salary, direct or indirect financial returns. When I was done with the last volume, I did not possess enough money to buy a ham sandwich; yet the books will remain the outstanding story of the Indian. ~ Edward S. Curtis (1937)

This 30 year work ruined him physically from all the injuries he had sustained during these dangerous travels; also mentally from over working while out on travels and while back home to build money to fund some of the work himself. He spent some time in hospital after the whole thing was over to recover and come back to full mental health. Financially, he was broke. He had fallen behind, 7 years, on his alimony payments to his wife, who divorced him for being an absent husband and father. The Morgan Company had financed the majority of the 30 years but he still poured his own financing into it and needed to sell around 400 complete collections to just break even and sold less than 300. All the films he made on the subject were also not well received.

However, if history teaches us one thing is that a lot of great painters or artists of many forms only start to become appreciated years after their death. That seems to be the case with Edward S. Curtis as well. He may have died unknown and relatively poor, it turns out he was just a man before his time. No one at the time, had any interest in the plight of Native American Indians. World War 1 was happening, then the great depression so many had other worries.

Now however, people realise the cultural importance of his work. Within the last 25 years since his work was rediscovered, it has been digitised and spread to the masses. He is one of the most collected photographers. If you want to own one of the remaining complete set of volumes of the North American Indians you will have to cough up somewhere between $1-3 million.

I get the impression from the last quote I put up from him that the story being told was the most important thing in the world to him. He felt he had a personal obligation to the tribes people to be the one to tell that story. While recognition and money would have been nice, the fact that people would eventually see the photos and that it will forever be the most extensive collection of Native American Indian documentation was all he really wanted.

It took everything from him but what he gave us lives on in history.

That is all for now, see you again soon.

My Camera Vs My Phone